Childbirth and raising a child can change a woman’s body so much, and to some, it’s a feat that is just too overwhelming that it leaves them feeling dejected about not getting their old body back. In this episode, we are joined by Bent On Better’s pioneer of our prenatal and postnatal fitness program, co-owner of the B.O.B. gym, owner of the Fresh April Flours website, and beloved by all, the wife of our Fitness Coach Matt April, Coach Lynn April.

Lynn talks about her life as a former field hockey athlete, the changes in her fitness routine, life as a mom, and how she found a passion for cooking and her blog. Follow us as we discuss what life is like for a truly strong woman.

College Life To Graduation
Lynn’s journey toward a healthy lifestyle goes way back to when she was a student-athlete. She played field hockey since 8th grade and high school and even competed at a collegiate level. It was then that she met her now husband, Matt April, who is three years her junior, and they fell in love with each other.

Lynn graduated from Millersville University with a degree in Biology and for 11 years worked for an immunology laboratory. Her work was meaningful to her in the sense that they specialized in creating secondary antibodies for people who did microbiology research, non-diagnostic research, and even cancer research.

Getting Into Baking And Cooking
Since Matt was three years younger than Lynn when she graduated, she had a ton of time on her hands. She lived near their campus, and although they would hang out often, she needed something for herself. That’s when she decided to get into a cake decorating class, where she learned how to bake a cake from scratch. This hobby soon bloomed into a cake business that started in 2010 until 2012.

Lynn named her business the Lucky Duck Cakes, after her maiden initials, which spelled LD, and her childhood collection of yellow ducks (that has since then been passed on to her kids). She then took a break from making cakes for a living when she and Matt were planning for their wedding. 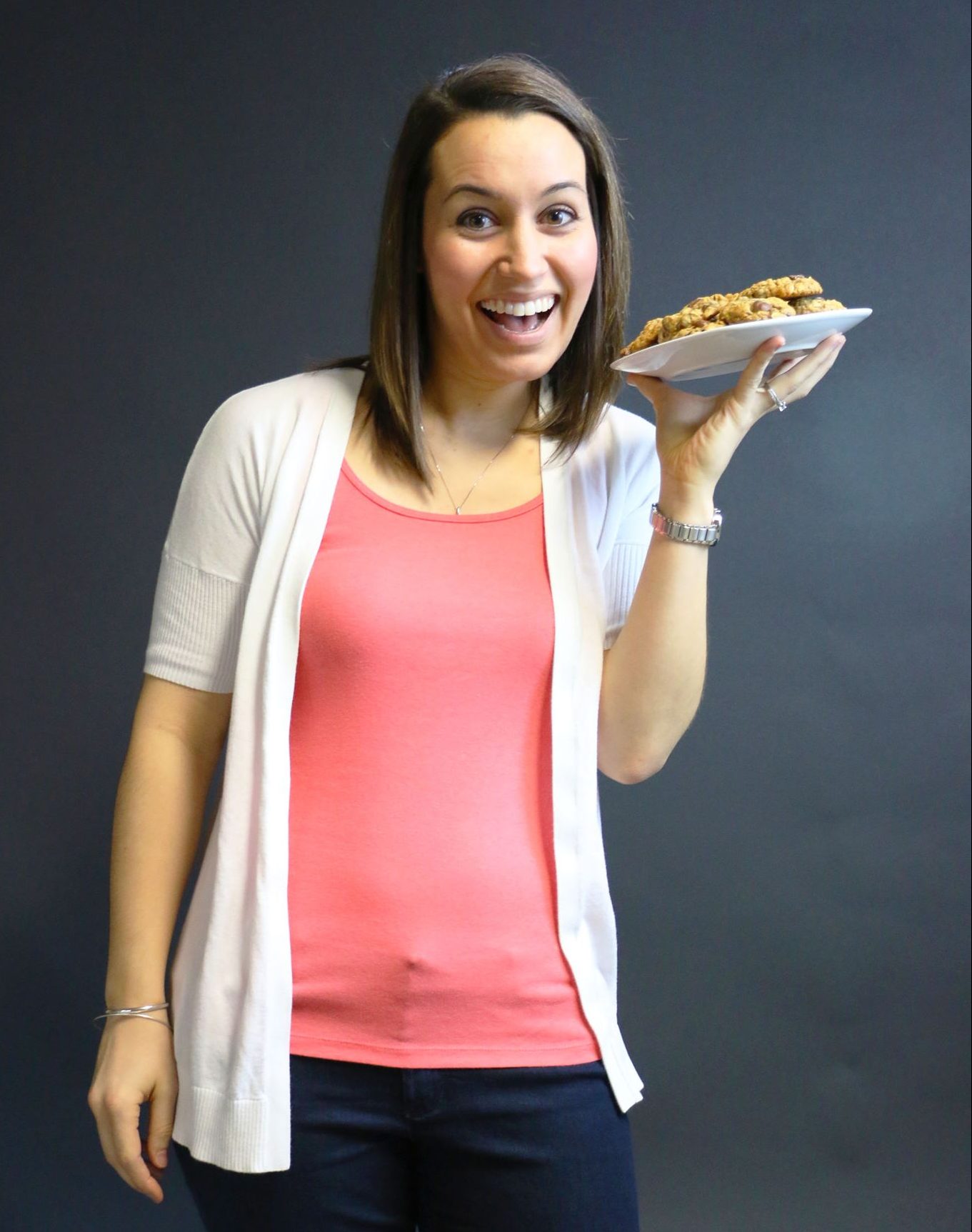 After getting married, Lynn realized that she wasn’t enjoying having to get home late at night to make a cake for someone else. It was still fun, but it felt exhausting, so she officially quit the business in January 2014. Many of her customers were worried about never getting to know her recipes, and that’s when she started the “April Like The Month” blog, which was a general blog about her life and family, but she would also write about her food.

The blog then slowly transitioned into what we know today as the Fresh April Flours website, named after hers and Matt’s last name, April, and a play on words for her love for baking. The website includes baking recipes and various foods that Lynn makes for her friends, family, and, if you’re lucky– for the members at B.O.B.

Lynn would blog on the weekends after working, even after she had Jonny, their second child, she would get on her blog whenever she could. Because of this passion, they also started the Bent On Better blog. May it be while nursing or while their boys were taking a nap, she would always find time to blog. In the summer of 2019, it all became too much, so Lynn decided to quit her job and decided to blog full time, all while having kids and working out.

Finding Time To Work Out
It is without a doubt that Lynn liked to keep herself busy. What with her new website and taking care of her two kids, Joey and Jonny. As a former athlete, Lynn has always loved fitness, and it wasn’t to lose weight or get a particular body type; she just liked to move.

Lynn would wake up at around 4:00 a.m. and work out at 5:30 a.m. For some time, even before she got pregnant with her firstborn, Joey, she’d go to spin classes. Spinning was her number one workout program. Sometimes she’d even spin while pregnant with both boys and right until she gave birth.

“It’s never about not having enough time. It’s about finding the time to spend the time that you know you want to spend or that you feel like you should be spending on something that’s going to add more to your life, add more value, add more health, add more wisdom, add more resources– whatever it is to your life.”- Matt April on Lynn’s dedication to working out

Lynn was taking spin classes from 2013 to 2018. Around 2017-2018, Matt was developing as a strength trainer when he suggested that Lynn add more strength training to her routine. Lynn would brush it off, saying that she already had enough strength in her upper body as an athlete and wanted to focus more on her lower body and doing cardio. Still, eventually, Matt would ask her to come in and try it, even just for one day, and even wrote a program just for her.

Slowly but surely, Lynn started to dial down on spin classes and incorporated strength training into her routine for 1-2 days a week. After giving birth to Jonny, spinning just didn’t fit in with her schedule anymore, so she dedicated her time to strength training at the Bent On Better gym and got coached by Matt, the only trainer then.

Life At Bent On Better
Lynn started as a member of the B.O.B. gym; she’s a regular 5:30 a.m. goer and would sometimes come over at 9:00 a.m. In those early days, she’d come in once or twice a week to work out since they got a babysitter.

After trying out strength training, Lynn hasn’t had intentional cardio since. She felt she already got cardio from running around with her kids or when the children at the bus stop would challenge her to a race. The last time she had intentional cardio in her routine was in 2012, when she was still an athlete.

“The important takeaway for this journey is 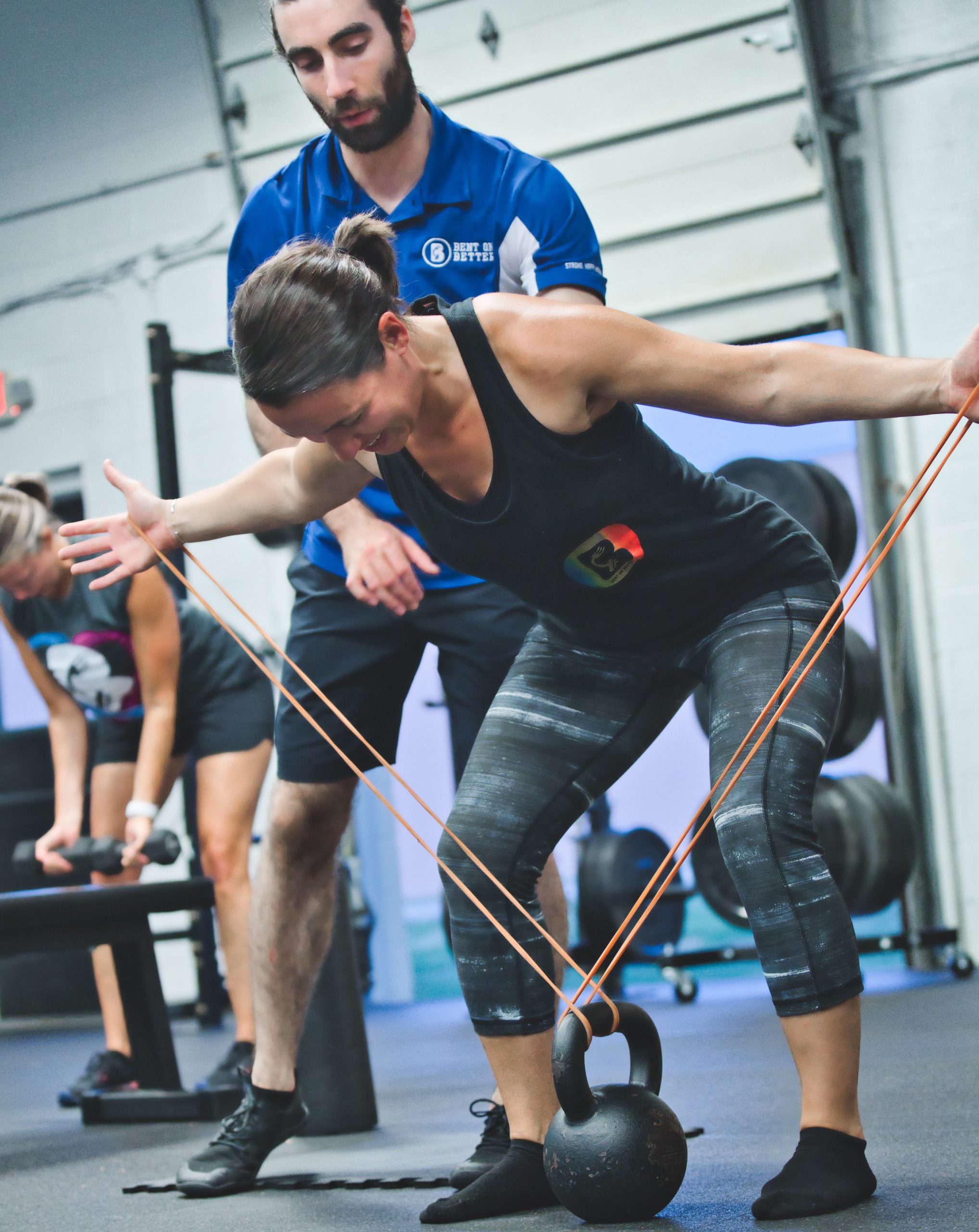 that you prioritize strength training, yes, but more importantly, you are prioritizing your consistency with a program that you knew would reflect and give a better return for the investment for that time instead of doing spin, which is burning calories.”- Matt April on prioritizing strength training over cardio

This isn’t to say that Lynn’s ability to participate in sports has weakened. At one point, Lynn participated in an alumni field hockey game wherein she had to compete with college athletes. For the first few minutes of the game, she felt out of breath and had to take a break. After 10 minutes, she got right back into it, “guns blazing,” and she’s never felt better. Looking back at the pictures from the event, Lynn’s jaw dropped as to how athletic she looked–even more than when she was an athlete.

One thing we need to clarify here is that you will never find yourself not being out of breath while trying to do strenuous activities like climbing the stairs. Not if you’ve warmed up before climbing, but to be honest, who warms up to climb the stairs in the first place? What strength training does for your cardiovascular system is give it the resilience to bounce back quicker. So if you do feel out of breath, you’ll be able to recover faster.

Prenatal and Postnatal Fitness
Now, as a co-owner and fitness coach at the Bent On Better gym, Lynn works out 3-4 times a week and even has the opportunity to start her prenatal and postnatal fitness program.

One thing that would upset Lynn is that people would automatically assume that because she married a personal trainer, it’d be easier for her to “get back” her body before pregnancy. She found that statement ridiculous because imagine if someone was married to a dentist, would people assume that the wife also has to have perfect teeth? 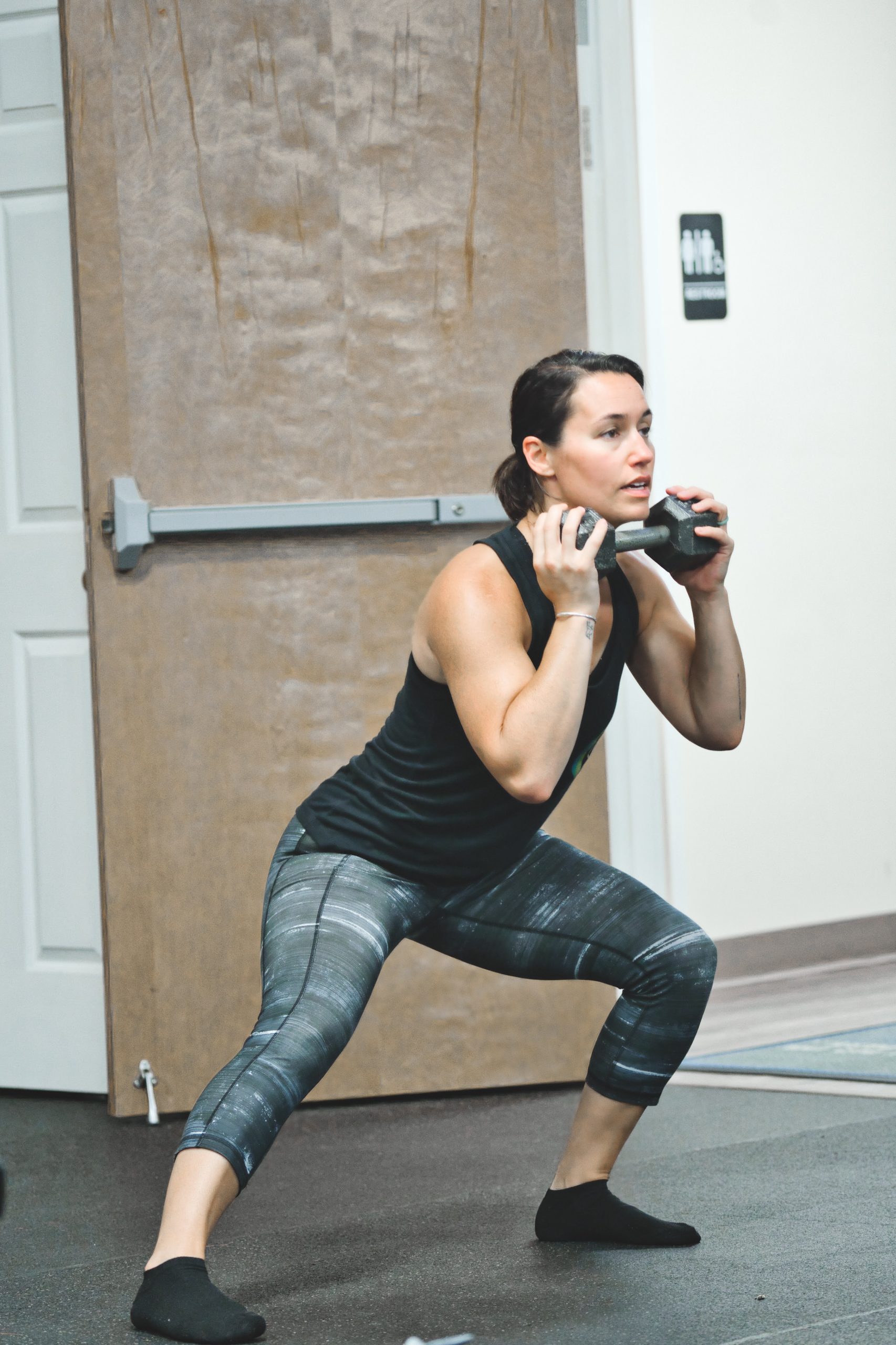 Another thing that irked her was the statement of “getting back my body before pregnancy.” Many women come to the gym feeling undervalued because they gave birth and their bodies changed. News flash, pregnancy is an amazing journey. You have carried and made a human being in your body, you have gone through so much, and it shouldn’t even be an expectation for yourself to get back into what you used to look like.

Our body changes after pregnancy; that is the truth. But getting into postnatal fitness shouldn’t be centered around undervaluing your body as a mother; it should be about celebrating your strength and maintaining that for you to be able to do the things you still want to do for yourself and your kids.

When you ask yourself how to lose the baby weight, remember that you lose it when your baby comes out. It takes time for your body to recover, and you should give it the grace to do so on its own.

Lynn herself had trouble trying to get pregnant and had to get a series of fertility treatments. After successfully having two children, Lynn decided to take it as an opportunity to focus on what she wanted to do, and that was continuing with her fitness.

An essential part of the prenatal and postnatal program was the emphasis on pelvic floor strength and breathing techniques. These exercises have helped our B.O.B. moms so much that these movements have been incorporated into the routines of our regular members as well.

Conclusion:
Moving on from the mindset of needing to get your body back to the way it used to be helped Lynn April to become much stronger. She focused on staying healthy for her and her family’s sake. You might hear these doctors saying, “do what’s best for your body,” or “listen to your body,” and it would be pretty generic and wouldn’t answer any of your questions. Well, the prenatal and postnatal program at B.O.B. helps moms understand how to do things safely while still getting stronger.

“I mean, it’s gone back and forth, and make no mistake– I am not in this for weight loss. I’ve never been in this for weight loss, fat loss, or anything. It’s just like the bonus, at least for me, and it took me a long time to get there mentally, especially after having kids where your body’s so different. But once I made that mental shift, then I was like, “Alright, this isn’t about getting my body back. This is about being in my body and being super strong to make my body last as long as I can. To be able to lift our kids who just keep getting heavier.”- Lynn April